Welcome to PP’s July edition post! We hope you and yours had a great 4th of July holiday.

Let us dive right in this month, shall we?

In this post we are researching Stewart Hall.  Named after the man for which it was constructed, Angus McIntosh Stewart, it was completed in 1888. 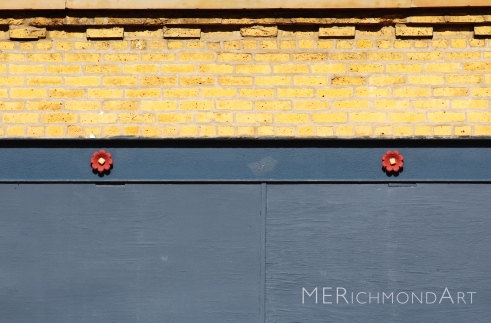 Located at 5-13 S Spring Street in downtown Elgin, the facade faces southwest toward the Fox River. While not individually listed on the National Register for Historic Places or as a local landmark, it does contribute to the history of the area.

Like Elgin’s downtown as a whole, Stewart Hall has seen some exterior changes throughout the years.  Permits from 1939 show changes in the shops and offices that occupi

ed the structure, and in 1966 a permit to remodel the first story was issued. Additionally, over the years, the stairs have been replaced and many of the windows and transoms have been altered. While many changes have been made, the history remains squarely intact, as seen on the right side of the picture to the left.

Stewart Hall is a nice example of the Commercial Queen Anne style. Referring again to the historic picture above, pulled from Old Elgin: A Pictorial History by E.C. Alft, a small hipped roof above the main entrance, as well as the pediment above the center facade where “Stewart Hall” appears, are two features now gone but help to identify the style.

Other notable features include:

For more architecture (and history), be sure to check out the entrance for this building at Historic Elgin.

In one of the Elgin Center City Historic Walking Tour Brochures, the following description is written about the “Stewart Building (1888)”:

Constructed for Angus McIntosh Stewart, a native of Scotland, this building was also known as the Academy of Music.  Its second floor was equipped with a stage and for a brief time it was used by traveling companies, but it was never profitable as a theater.  Instead it became a popular place to hold dances, amateur musical performances, public meetings, and revivals.  The first floor was occupied by a lively little penny paper, the Dial, which became the Press, and closed in 1910.

The 1901 edition of The National Corporation Reporter noted that Angus M. Stewart, Robert Stewart and John H. Stickling had applied to the Illinois Secretary of State for charters for Elgin Milling and Feed Company at $15,000.

Fitting for a man named Angus.

Yes, his name is Angus, I have not been misspelling the name Agnus.

Many of the areas surrounding Elgin, particularly to the west, still operated as farms in the early 1900s, even as Elgin was a large and bustling city.  While the Elgin National Watch Company clocked in as one of Elgin’s largest companies, Elgin at one time was also a big dairy town. Today we look to the north and say hi to our neighbors in Wisconsin for that distinction, but around the turn of the century, it was Elgin, Illinois that was making major moves in the dairy and butter industry. It is seemingly safe the assume that Stewart’s Elgin Milling and Feed Company played a roll in the farming and dairy industries so ingrained in Elgin’s economy at the time.

Two-Part Commercial Blocks which are commonplace in main street downtowns of cities springing up in the later half of the 19th century, mark not only the popularity of this particular style but also helping us as Elginites to get a better idea when that block was built upon. Built in 1888, just a few years after Elgin celebrated its fiftieth anniversary of settlement, Stewart Hall was one of many physical markings of change for the city.  As E.C. Alft notes:

New structures were appearing everywhere this year. A sixth electric arc light tower was raised in Gifford Park. The Elgin Driving Park Association opened a half-mile track for harness racing on thirty-five acres of land in the southeast end. A third bridge was erected at Kimball Street. Angus M. Stewart’s new building on Spring Street was the largest of several commercial structures completed downtown, and people marveled at the ten thousand dollar mansion David C. Cook was putting up at Gifford and Division Streets.

First, again, you can see I’m not spelling Angus’ name incorrectly.  Second, it is important to note the impact the dairy industry had on Elgin’s growth.  Surely the Watch Factory was nationally known and brought an immense amount of change to the city’s economic and tangible landscape, but up until the peak of 1890s, the dairy industry was almost equally as important.

Today, especially as Midwesterners, we immediately associate dairy and cheese with our neighbor to the north: Wisconsin.  However, for a period of time, Alft notes that there were nearly two hundred butter and cheese factories within a 50 mile radius of Elgin.  Those kind of production numbers took a lot of cows, and those cows needed a lot of feed, much to the pleasure of businessmen like Angus Stewart.

As the years went on, and the demand outpaced the production by local livestock, the dairy industry shifted away from its Elgin epicenter.  Elgin continued to thrive and grow via the pursuit of other portions of its economy, but dairy industry ties remain in the memory of buildings like 5-13 S Spring which behold the name of Dairymen like Stewart.

WHAT IS IT TODAY?:

Today, it serves a predominantly commercial purpose with storefronts on the first floor and a boxing studio on the second.

In fact, a good friend of PP, Rediscover Records, is one of the shops!  Make sure you go in and say hi to Rich Wagner and the great crew over at Rediscover.

Marks for your calendars:

It is never too early to clear your calendar for the 2016 Historic Elgin House Tour put on by the Gifford Park Association. This year marks its 35th edition and will be on Saturday, September 10th and Sunday the 11th.

Speaking of September, this year’s Elgin Fringe Festival just had their button release party and I can’t wait until September 15-18th when events will be going on across downtown Elgin. Please consider kicking in a few dollar-y doos to support the arts on their funding page.

Elgin has a Bungalow Thematic Historic District, meaning its based on theme rather than place.  If you have a bungalow and think it is the tops, consider looking at the requirements.  Here is a link to the City’s page on the District.