I’m really excited to announce that this month’s Preservation newsletter from the great people at History Colorado is out and this blog was chosen to be featured as their “Preservationists We Love” for February! 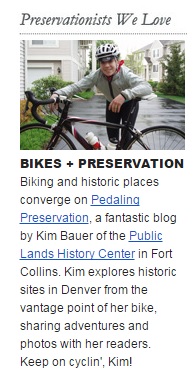 They also asked for a picture for the feature which I happily obliged but I will admit it was very hard not to give them this MSPaint-photoshopped picture of me in a famous still from Ferris Bueller’s Day Off:

I featured it here instead. Can’t believe I missed the “we’re folding our arms queue” so embarrassing.

On a serious note, thanks so much to that team over there for not only reading my blog but liking it, too! I’ve been thinking my readership is mostly just friends and family (which I love too) so it’s extremely humbling to hear others are enjoying Pedaling Preservation. I can’t thank everyone who reads this blog enough for your support!

This week, I visited what is known as the Shulz-Neef House in the Whittier neighborhood in Denver. I’ve done a post about a place within Whittier previously, as it is one of Denver’s oldest historic neighborhoods.  Located roughly 2 miles northeast from downtown, it becomes easy to see why older homes like the Armstrong House, and this home known as the Schulz-Neef House are important pieces of its history.

What a beaut, eh!? I took this photo facing northwest, and the Schulz-Neef House sits on the southeast corner of 29th and Williams Street.  Built in 1881, 1739 E. 29th Ave was registered as a Denver Historic Landmark in 2007.

According to the Whittier Neighborhood Association’s website, the neighborhood is bounded on the north and south by MLK Blvd and 23rd Avenue, and on the east and west by York Street and Downing Street.

This is a Gothic Revival structure. 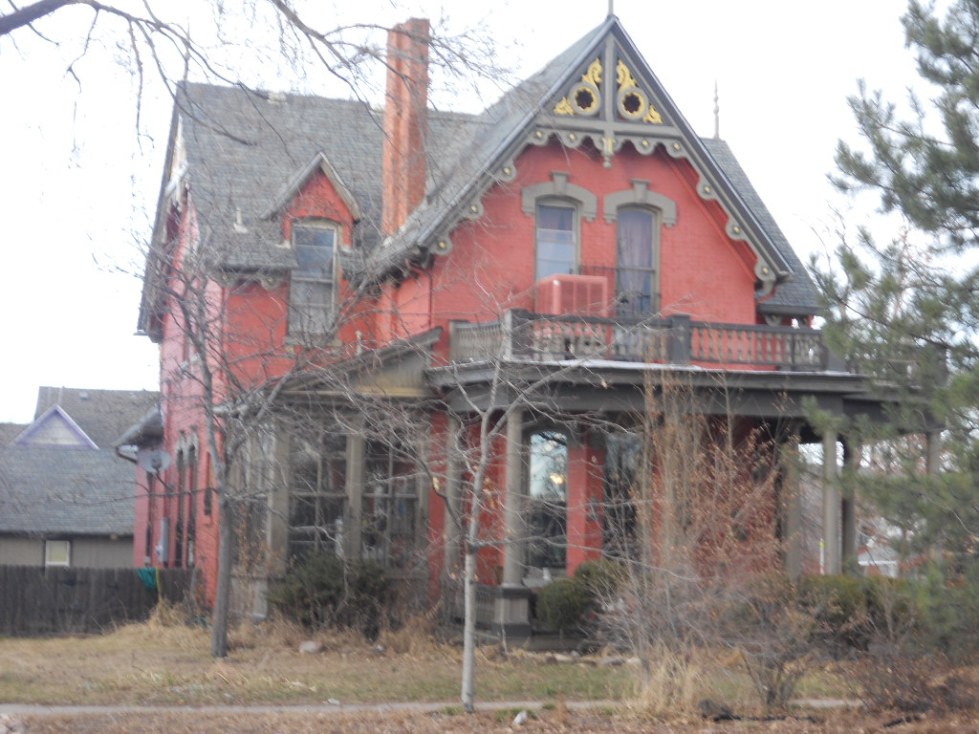 Popular from the 1840s to the 1880s, the Greek Revival is not as common as its contemporary counterparts like the Italianate or Greek Revival.  These three styles I just mentioned are often placed under the umbrella term “Romantic Houses” which as described by Virginia & Lee McAlester as different styles of homes that were built and designed specifically to buck against more traditional architectural styles that still had English roots.  Romantic Houses, similar to Victorian Homes (which Queen Anne’s are a part of) instead are influenced more often from Medieval style elements.  McAlester as notes that Gothic Revivals are not as popular as its Romantic House counterparts, like Italianate, because it was deemed more complex to construct

So what are the main features to a Gothic Revival?

First, I’ll cover the last two bullet points on the list.  What I mean by saying that the wall surface and windows extend into the gable is not to say other styles of homes don’t have windows or etc in their gable, but rather that the roof’s gable line doesn’t make these elements start new.  They extend from below the gable into the gable.

Couldn’t pass up an opportunity to showcase my steady-handed artwork.

While I drew a lot on this photo, for now take a look at the yellow line. As you can see, that’s essentially the threshold of the gable line.  See how the windows under the line as well as the brick exterior both extend from below that line and then seamlessly continue past the it? That’s what those two bullet points meant.  Not that I thought you all didn’t get that, but I just love using MSPaint and also wanted to clarify in case my wording was confusing.

On to the other colors.  Blue and purple are next.  The blue outline, represents both an uncommon treat in that I didn’t have to try to draw a perfectly straight line, but also the vergeboard.  Vergeboard is the decorative wooden piece that is the inverted V beneath the eaves of the gables.  In many ways, vergeboards were a way to add style and beauty but also a stark contrast from more Colonial style homes this era wanted to move away from.  The purple arrow marks the finial, a decorative piece that extends vertically above the gable at the apex.

Lastly, the green marks the drip-mold window crowns that were extremely popular in the Gothic Revival style. Originally meant to serve a pragmatic purpose of sweeping rainwater away from the window opening itself, it became a common style element.

I think just from the few pictures posted of the house in other spots on this post, it is pretty easy to point out the steeply pitched roof on this home as well as the one story entry porch.

There is so much cool history involved with the Schulz-Neef House!

To begin, let’s break down why it’s named Schulz-Neef.  Most National Register or otherwise historically listed homes are often named for either the very first occupant or if that’s not really known, the earliest notable occupant that’s lived in the house in question.  In this case, with numerous prominent figures it has more than one name, Schulz and Neef (and actually another one I feel is very important that’s left off which I will get to).

In the spring of 1881, shortly after 1739 E. 29th Ave was finished, Robert E. Schulz became its first resident.  Schulz was a German immigrant who was a bookkeeper at the German National Bank in Denver.

All of the sources I came across have the architect for this structure as unknown.  However, it is known that a prominent Denver architect named Frederick C. Eberley lived with Schulz at this residence.  It can be assumed he played a role, though it is not a definitive fact.

After Schulz had to put up 1739 E. 29th in lieu of payment for some loans he defaulted on, Frederick Neef won the home in an auction.  Frederick’s brother Maximillian (who I presume looked something like this) and his family then took over the home, living in it from 1883 until 1945.  As the family grew up in the home, and the kids moved out, some of them ended up living in homes in the surrounding area of Whittier as well.

The Neef’s legacy is not only more notable for their length of stay in the residence, but also that the family business was owning and running one of the largest breweries in the West at the time, eponymous named Neef Brothers Brewery.  A fellow blogger over at Across the Creek already has a great entry on their business and building so I’ll send y’all that way to find out more!

A very Colorado history indeed with the beer brewing!

After the Neefs left, the Nonaka family moved in and lived there from 1948 until 1967.  Teizo and Minoru Nonaka were both born in Japan, and they had moved to California just before WWI.  After living in California for many years, they were among thousands of Japanese-Americans who were interred during WWII in Japanese internment camps.  After their release, they made news roots here in Denver.

But we aren’t done yet!  More history to come folks.  This next family is probably my favorite story line within the history of the home:

After the Nonakas, the Muse family then moved in.  Apparently, to this day many in the neighborhood still refer to 1739 E. 29th Ave as the “Reynelda Muse House.”  In the late 1960s, Reynelda worked for Denver’s TV News Channel 4 and eventually became the first woman and first African-American news anchor in the state of Colorado.

She was even one of the founding anchors of CNN! How cool is that?

She won many awards during her career and apparently for a time at DIA, hers was the voice you would hear on their trains.  Her husband was no slouch either, as Daniel worked as a Bankruptcy Trustee for the United States Bankruptcy Court for Colorado and later as Assistant Attorney General for Colorado and later became the City Attorney for the City and County of Denver and helped with all the legal business of the redevelopment of DIA! No big deal.

Today it’s a beautiful private home to a lucky soul.

See you next time! Thanks for stopping by and don’t forget to subscribe to History Colorado‘s newsletters!!

https://www.denvergov.org/Portals/646/Documents/Landmark/Designations/Schulz-Neef%20House.pdf [So much more info about the history here! A great resource!!]